Brazil’s Forests Are Being Restored — Now We Can See Where

This article was originally published under World Resources Institute.

We often hear how Brazil’s deforestation crisis threatens its major ecosystems and the people who live in them. That’s an undeniable truth. But, even as the country lost 2.7 million hectares (6.6 million acres) of tree cover in 2019 alone, regenerating forests is also a big opportunity.

Thousands of farmers, budding entrepreneurs, NGOs, and established companies are restoring lost forests and degraded farms through the Atlantic Forest Restoration Pact and the Alliance for the Restoration of the Amazon. Some landowners are helping biodiverse, carbon-rich forests grow back naturally. Others are sustainably producing timber and paper for the international market.

When Brazil became the first Latin American country to include forest restoration in its Paris Climate Agreement commitment, these leaders quickly began working toward the goal of revitalizing 12 million hectares (29 million acres) of forests by 2030.

Now, for the first time, we can track progress toward that commitment and see where tree cover is increasing throughout the country.

The Brazilian Restoration and Reforestation Observatory combines satellite monitoring from MapBiomas, which tracks changes in how people use the land, with self-reported data from projects. This initiative builds on the work of the Brazilian Coalition on Climate, Forests and Agriculture, a nationwide alliance of state governments, researchers, businesses and NGOs — including WRI Brasil, Imazon (Institute of People and the Environment of the Amazon), the Atlantic Forest Restoration Pact and The Nature Conservancy.

How Much Land Is Under Restoration?

Here are three ways the data shows trees are growing in Brazil:

First, natural regeneration (nearly 11 million hectares, or 27 million acres). When people either help the restoration process — by preventing fires, for example — or when they leave the land alone, trees and other vegetation can grow back naturally over several years, usually on degraded pasture. Anchored by native species, natural regeneration is especially beneficial to biodiversity and the fight against climate change. More than 9.5 million hectares (23.4 million acres), an area larger than Portugal, have been regenerating in the Amazon alone since 2008.

This data does not guarantee that these areas will remain regenerated or will never again suffer from deforestation. For Brazil to count this total toward its national and international commitments, the regeneration needs to be permanent. Landowners and communities need incentives, then, to protect the newly recovered forest. That is why assisted natural regeneration is so important: When people benefit as the forest grows back, the trees stay in the ground. 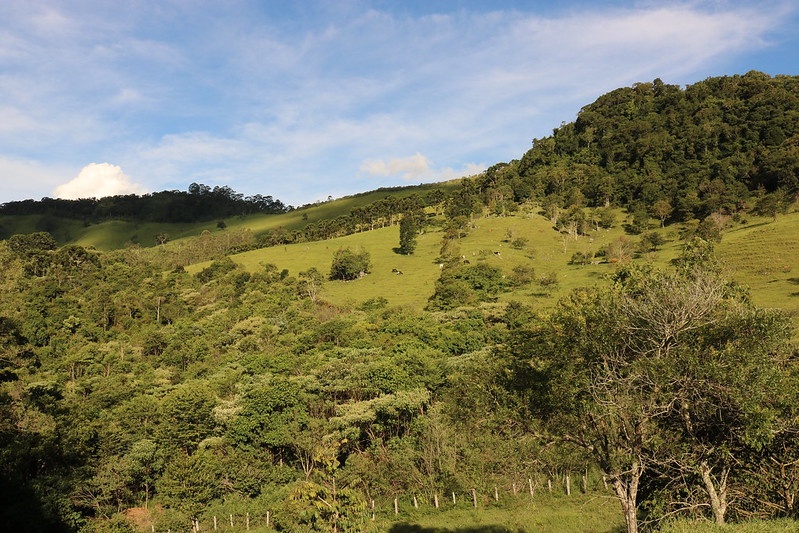 Second, is reforestation (over 9.6 million hectares, or 23.4 million acres). The plantations where trees for timber, pulp and paper or other forestry products are grown are often monocultures of a single exotic species, like pine or eucalyptus. But they can also include native species, which benefit biodiversity and the climate.

While differentiating between more and less biodiverse plantations is an important area for future research, it’s just as important to recognize that well-managed plantations can help meet global timber demand without leading to further deforestation in primary forests. It can also provide jobs in rural areas and keep some carbon locked away. Currently, the size of Brazil’s forestry industry is the same as the total area under natural regeneration in the Amazon, according to the data.

And third, forest restoration projects (around 79,000 hectares, or 195,000 acres) — when people actively restore a patch of land or leave it to restore naturally with the goal of boosting ecosystem services, such as clean water and carbon storage. These projects range from planting (or seeding) stands of native trees in ecological restoration projects, to growing trees on farms in agroforestry systems to boost farmers’ crop yields. Scaling up these projects can provide alternative, deforestation-free livelihoods for thousands of people around the country as they realize the true opportunity of restoration (at $7-30 for every $1 invested). 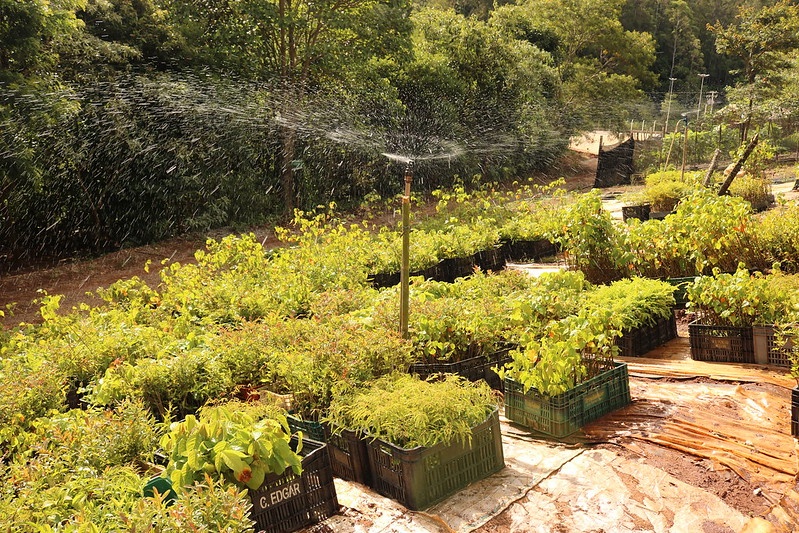 Two notes of caution: We should not sum up these figures into a single “restoration progress total” because each technique highlighted here has different economic and environmental goals. The data the platform presents is also limited to what is currently available and publicly shared by its partners. As projects, companies and governments submit more data it will present a more comprehensive picture of progress.

Why Is Restoration Data Important For Brazil?

Data submitted to the Observatory helps give visibility to the accomplishments of rural farmers and foresters, major companies and NGO-led projects. It also shows financiers, governments and the international community that investing in restoring these biomes works.

It’s especially important for municipal and state officials, who can use it to see where forest restoration, natural regeneration and reforestation projects are under way in their jurisdictions. They can track where these efforts are having long-term success, incentivize future work and count them toward national and local goals for restoration.

Officials can also use the platform to measure the progress of existing public incentive programs, along with insights from Brazil’s national systems that monitor forest clearing in the Amazon and generate annual land use and land cover maps. In Extrema, Minas Gerais, for example, the local government is tracking the impact of its public watershed restoration program. The states of São Paulo and Espírito Santo — which have committed to restore 380,000 hectares as part of Initiative 20x20 — intend to use the platform to identify where they can target programs to restore degraded areas.

In addition, private companies can use the Observatory (in conjunction with deforestation-monitoring platforms like Global Forest Watch) to publicly share progress toward meeting environmental compensation laws or their own sustainable procurement policies.

From Brazil’s Restoration Observatory to the World’s

Lessons from the Observatory can inform how governments, technical experts and project developers are monitoring the economic, biodiversity and climate impacts of the UN Decade on Ecosystem Restoration (2021-2030). The international community and governments need globally consistent data that shows where restoration is happening inside and outside of forests to be able to report on progress toward commitments, such as those included in the Paris Agreement.

But local leaders in Africa, Asia and Latin America also need locally owned data that is relevant for their specific contexts. That’s where platforms where local experts can transparently host that data come in. This vision has global implications, too: nesting regional restoration observatories like Brazil’s in a global monitoring platform — one that houses a consistent index of restoration progress — could combine the best of locally specific and globally consistent data.

For now, the Observatory and the diverse partnership behind it offer a clear first step in this direction. As more farmer groups, public officials, project developers and companies submit their data to the platform, the case for restoration in Brazil (and the world) will only get stronger.

To read about the Observatory in Portuguese, click here.

The authors would like to thank the valuable contributions to this text (and to the Observatory itself) of Milena Ribeiro (TNC-Brasil), Laura Lamonica (Brazilian Coalition on Climate, Forests and Agriculture), Edson Santiami (Atlantic Forest Restoration Pact) and Luis Oliveira (Imazon).