In 2014, Mexico's National Forestry Commission (CONAFOR) set an ambitious target of beginning to restore 1 million hectares by the end of 2018. This large pledge is in addition to Mexico's nearly 7.5-million-hectare commitment to the Bonn Challenge and Initiative 20x20. Four years later, CONAFOR has met its goal.

To accomplish such an ambitious undertaking, CONAFOR incentivized activities that help communities and landowners living in priority watersheds and on lands with heavily degraded soils that have suffered from forest cover loss or have been ravaged by forest fires, pests or other natural disasters. CONAFOR spent roughly 12 billion pesos (approximately US$ 591 million).

The program has so far performed well: Plant survival increased from 33% in 2014 to 64% in 2018, a feat that was verified by the Universidad de Chapingo, an independent third party. Also, CONAFOR has strengthened the program by formulating norms for the collection and reproduction of tree species. This has increased plant quality, a key factor to making a large-scale restoration effort a success.

CONAFOR also provides technical assistance and delivers periodical financial support to enable landowners and communities to implement restoration projects. Without this valuable guidance from the forest authority, communities would not have had access to critical technical know-how.

While the program has already exceeded its goal, it is still active. CONAFOR's large-scale restoration project has encouraged and will continue to advise Mexicans to plant trees for the economic health of rural communities, to provide crucial ecosystem services, and to help make Mexico resilient to climate change. 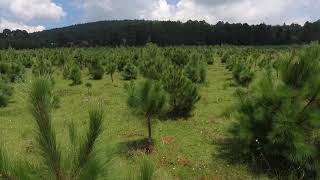