The Chihuahuan Desert of northern Mexico is a continentally important wintering area for grassland birds – the most rapidly declining group of birds in North America. More than 90% of migratory grassland bird species breeding in western North America spend at least half their life cycle concentrated in the limited grasslands of the Chihuahuan Desert region. Initiative 20x20 partner American Bird Conservancy's project is designed to work with ranchers within the Valles Centrales Grassland Priority Conservation Area in Chihuahua state to improve ranching practices that improve forage production for cattle, which simultaneously increases habitat for grassland birds.

Between 2006 and 2010, cropland in the Valles Centrales increased by 69%, destroying 2,452 km2 of grasslands and displacing an estimated 1,000,000 grassland birds. The expansion of agriculture in Chihuahua is leading to the loss of native grasslands. Drought, climate change, and inappropriate ranching practices have pinched ranchers financially, forcing them to sell off their properties to farmers. However, with the deployment of additional infrastructure and rotational cycles, the degraded grasslands can be restored. This improvement is a benefit to ranchers and birds, and also helps sequester carbon. The program's goal is to improve the management of 100,000 ha of Chihuahua Desert Grasslands across northern Mexico.

ABC's approach includes deploying Private Lands Specialists to engage landowners in the Valles Centrales and provide technical support and services for the implementation of grassland conservation projects on private and communal lands. These specialists conduct outreach to raise awareness and interest in grassland birds and their habitat needs and work directly with landowners to engage them in on-the-ground restoration projects on their land. Conservation agreements are established between interested landowners and project partner Pronatura Noreste, which has helped to design, implement and finance this project.

These agreements facilitate communication with the landowners, and lead to the development of ranch management plans. Through the establishment of a habitat conservation fund, ABC and PNE make funding available to the ranchers for the implementation of the new ranch plans and installation of infrastructure such as fencing and water tanks. The habitat fund also leverages additional resources from Mexican federal assistance programs and other grant programs.

Through the review of ranch conditions and herd management programs, additional paddocks are installed and a rotational grazing program set forth. Doing so facilitates high intensity grazing for short periods of time in smaller areas. Cattle hooves help break up the soil, allowing improved moisture infiltration to the soil. (Mechanical soil aeration may be necessary.) Additionally, each paddock has a longer rest period, allowing for longer restoration period. Together, these actions help restore grasslands. This can provide better habitat for biodiversity, particularly migratory birds, and provide economic benefit for landowners. Monitoring programs are underway at the moment to measure these benefits.

Most ranchers in Valles Centrales are calf-cow operations that focus on the production of calves, which are then sold for fattening up. ABC's model is to work with the landowners to evaluate their current management, develop a new rotational grazing plan, and cost-share the funding for the requisite infrastructure. The financial benefits go to the landowner. Additional investment of infrastructure financing could be worked into an investment model that provides return on investment through calf sales.

To date, ABC and Pronatura Noreste work with 5 landowners on nearly 30,000 ha, and have identified 3 additional landowners, who manage another nearly 30,000 ha. They began to work on restoration with them in 2017 and 2018.

Bird Conservancy of the Rockies, and IMC Vida Silvestre are assisting with biodiversity monitoring. The National Audubon Society is involved in promoting improved grassland management and are investigating the animal custody chain within the beef industry. And Initiative 20x20 partner Pasticultores del Desierto is another partner that is bringing in additional landowners and financing to implement improved grassland management. This innovative partnership will help revitalize thousands of hectares of degraded land throughout one of Mexico's most unique ecosystems. 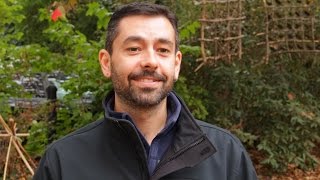