Largely unexplored, Colombia's Chiribiquete National Park is almost otherworldly. Its massive tepuys – table-top mountains that are estimated to be 2 billion years old – protrude from dense rainforest. The park is a haven for biodiversity, home to over 3,000 tropical plant and animal species, many of which are only found here. One of the highest rates of plant diversity in the northern Amazon can be found within the park’s lowland rainforest, while its tepuys contain plant species endemic to the savannas of the Guianas.

The Andes Amazon Fund, an Initiative 20x20 financial partner, has invested nearly US$ 2 million to expand Chiribiquete by 1.5 million hectares, along with its partners the Bobolink Foundation, Fundación para la Conservación y el Desarrollo Sostenible (FCDS), and the Wyss Foundation. With this investment in July 2018, Colombia was able to expand the park, first declared in 1989, to protect more than 4.3 million hectares of Amazonian rainforest in southern Colombia. Chiribiquete is now the world's largest tropical rainforest national park. The donation will contribute to Herencia Colombia (Heritage Colombia) – a government-led financing initiative that aims to strengthen the management of the country’s protected areas – and will be administered by the Colombian National Park Service. The government will now be able to better monitor and manage this critically important pristine ecosystem.

Chiribiquete's dense forests store carbon, helping Colombia fight climate change, and safeguard critical water resources. The park also protects the livelihoods of local people. The rivers found within Chiribiquete serve as an important spawning ground for fish that later return to the Caquetá River. Many local communities that live nearby depend on these fish stocks for their main source of protein. As a result, the protection of the park’s rivers will help ensure the food security of local people. The tepuys and other sites scattered through the park are sacred to local indigenous people, and the expansion of the park will protect impressive cultural diversity. The ancient cave paintings found in Chiribiquete, some dating to as early as 450 CE, attracted the attention of UNESCO, which declared the park a World Heritage Site.

This expansion is particularly critical now, as deforestation is mounting in the areas to the north and west of Chiribiquete. Providing this extra level of protection to the intact wilderness around the core of the park will prevent its destruction as the surrounding forest is rapidly cleared by land grabbers. Avoiding deforestation is also a crucial first step toward reaching Latin America’s ambitious landscape restoration goals under Initiative 20x20. Chiribiquete’s expansion stops degradation in this ecologically sensitive area and avoids the future cost of restoration. For Colombia, a country that has recently suffered from devastating deforestation, Chiribiquete's expansion represents a step in the right direction. 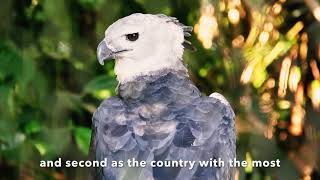